I’m sure it will shock you to learn, but this blog has not been so very successful that promoters are throwing preview screening tickets at me. No, I went to see My Cousin Rachel yesterday on my own dime. I thought that given it’s on a somewhat limited release, people might be more willing to go to their local movie complex to see if The Mummy is really as bad as people say it is (it will be) rather than haul their backsides to their local arthouse or indie cinema to watch a movie that, based on the trailer, may or may not be about incest. This was enough to inspire me to do a little write-up.

Based on the novel by Daphne Du Maurier (Rebecca, The Birds), My Cousin Rachel tells the story of Philip and Rachel, the widowed wife of the man who raised him. After Philip’s cousin Ambrose dies unexpectedly in foreign lands, Philip immediately suspects his new wife Rachel, a woman he has only heard about in letters. However when she turns up on his doorstep, she is far from the schemer he expected. Philip’s dangerous obsession with Rachel grows, isolating him from those that care about him, with ultimately tragic consequences.

Finally, Sam Claflin has an opportunity to be less than charming. In fact, many times during the course of My Cousin Rachel, all you want to do is slap him upside the head. As Philip’s longterm family lawyer and guardian, Iain Glen must have felt very comfortable being subjected to yelling and tantrums while his well-meaning advice is consistently ignored. Just add some dragons and he’s back in Westeros. 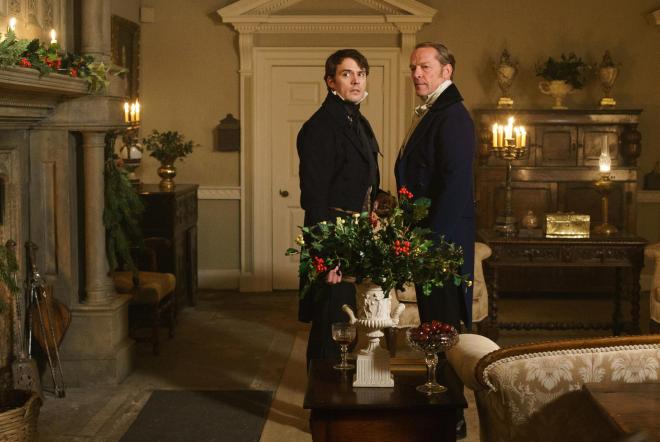 For a film about passion and obsession, My Cousin Rachel in the end is quite sexless and chaste. While Philip and Rachel eventually develop an intimate relationship, it is all implied on screen. It’s a weakness of the movie, to some extent. It is possible the choice was made to secure a favourable rating for the film – in Australia it is rated PG for mild themes (presumably revolving around Philip’s proclivity for trashing furniture in a rage), violence, and occasional coarse language. But while it’s not suggested that every movie must become 9½ Weeks, it seems a waste of two incredibly charismatic leads to not explore this aspect further. There’s no real need for a film like this to be family-friendly – I was the only person under the age of 50 at an opening weekend screening.

Rachel Weisz has frequently played the kind of woman you could fall in love with at the drop of the hat (hello Evie in the far superior version of The Mummy), but her femme fatale role as Rachel adds layers to this. As any good noir woman, she has an air of mystery that draws in our hapless hero. However, she is less of a seductress and more of an oddball. Not just because of her ‘foreign’ obsessions with tisanes and potions, but her mannerisms are coltish and nervous at first, despite the her ongoing ability to charm the community around her. In the end, Rachel remains a mystery to viewers. Many questions are left unanswered. This is not strictly a weak point – and it may be expanded upon more in the book, which I have not yet read – but leaves a lot of room for discussion afterwards about the potential motivations of her character. 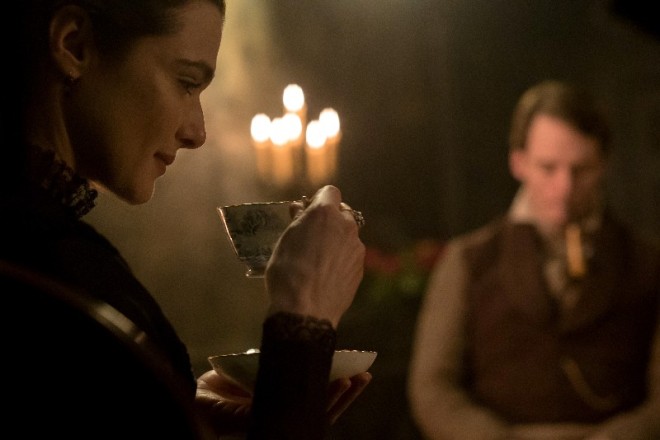 Weirdly, I walked out of this movie desperate for a cup of tea

Apart from the heavy noir influences, the film also has a strong Gothic tone. As the lines between reality, delusion and fantasy begin to blur, the walls of this huge candlelit manor seem to close in. The battle for Philip’s soul takes place in the light-filled village, with sensible family friend and presumed intended Louise  (Holliday Grainger) begging him to see sense in drawing rooms, churches and sun-filled porches, while in the hidden corners of the Ashley estate, Philip steals in to Rachel’s room by moonlight to perform a boyish seduction.

It is rare in modern times to see a period film that focuses on the dangers of passion and obsession. Most of the world would rather see a nice neat Austen adaptation than a Brontë, but films like My Cousin Rachel introduce an ambiguity – of motivation, of resolution – that television has arguably become much better at than cinema. It’s refreshing to walk out of a screening with questions, with much to discuss afterwards, rather than just observe the quality of a particular fight scene (although, please, let us all discuss the Amazons in Wonder Woman and how we’d like to be one when we grow up) or use of CGI. If you decide to see the film, please come back here and let me know, because I’m dying to talk to someone about it!

A Romantic Realist View all posts by Katie Sparkes

One thought on “‘My Cousin Rachel’: The Victorian Values Review”